Indian Institute of Technology Kharagpur is the first IITs that was established in India by the Govt. of India in 1951 and it was called the institute of national importance by the govt. of India. The IIT-Kharagpur is an independent public engineering institute which is located at Kharagpur West Bengal in India.

Jawaharlal Nehru dreamed that India must be free and self- The First Prime Minister of India Jawaharlal Nehru in the first Assembly for IITs Kharagpur in 1956 said:  Here in the place of that Hijli Detention Camp stands the fine monument of India, representing India’s urges, India’s future in the making. This picture seems to me symbolical of the changes that are coming to India. sufficient keeping this in mind the

This picture seems to me symbolical of the changes that are coming to India. sufficient keeping this in mind the Institute was established to make and train engineers and scientists after Indian independence in 1947. IIT-Kharagpur shares all his departmental and organizational structure and admission process with all the sister IITs.

Indian Institute of Technology Kharagpur has the biggest IIT campus than any other IIT campus it consists of approximately 2100 acres of land with the highest department and the highest amount of students in it. IIT-Kharagpur is also famous for its festivals which are named Spring Fest that is a social and cultural festival and Kshitij that is Asia’s biggest Technology Management Festival.

In 1946 members committee was formed to go for the making of higher technical institutions for the industrial development of India. At the time this was done by the help of chief minister of West Bengal Bidhan Chandra Roy, Jogendra Singh and Humayun Kabir they formed a committee for the development purpose. Then Nalini Ranjan Sarkar headed this committee which was created with 22 members and it was called the Sarkar Committee.

At that time West Bengal was the highest Industrial base state in India on the ground that Chief Minister of West Bengal Bidhan Chandra Roy requested the India first Prime Minister Jawaharlal Nehru to Establish the first institute in West Bengal. In May 1950 India’s first IIT Institute was set which was named Eastern Higher Technical Institute and was located in the Esplanade East, in Calcutta. Later on it was again shifted in Sep 1950 to his permanent place at Hijli, Kharagpur. The Hijli, Kharagpur was 120 km south-west of Calcutta and during the British rule time in India it was used as a jail to keep Indian freedom fighters. In the state of

In the state of Bengal, the Indian Institute of Technology Kharagpur was the 3rd oldest technical institute in the state and the other two were IIEST Shibpur and Jadavpur University. After establishing the IIT-Kharagpur in Hijli there were only ten departments of the institute which contains 224 students and 42 teachers in the first batch. The place were the IIT authorities established is a historical place as in the time of British rule in India the place was used to keep the political revolutionaries and the Indian freedom fighters imprisoned.

Some main departments such as the classroom, laboratories and the administrative office were started in the historical building which was now named Shaheed Bhawan. To honor the chief minister of West Bengal Bidhan Chandra Roy the area in front of the main building was named the ‘Bidhan chowk’. In 1990 the building now called Shaheed Bhawan was converted into a museum building.

For education, the IIT Kharagpur gets a huge amount of funds by the government as compared to any other engineering colleges. To most of the engineering colleges the GOVT. total funding is approximately 10 to 20 crores per year and to the IIT Kharagpur, this funding varies around 100 to 130 crores per year. There are also many sources of funds in the IITs such as student fees, research funding from industry and contribution to education form the alumni. To encourage the students for higher education, the IIT-Kharagpur provide scholarships to all Master of Technology students and subsidize undergraduate student fee by at least 35%.

The price cost of undergraduate students is approximately around Rs. 275,000 per year. Students who are physically challenged or are from the reserved categories such as ST/SC will get benefits in fee status at the IIT-Kharagpur in India.
The Indian Institute of Bombay IITB is an independent institute that is controlled by the Institute of Technology ACT. The IIT-Kharagpur is controlled by the IIT Council which is an independent body selected by the govt. Of India. The chairmen of the council are the minister of human resource and development, govt. Of India.

In IIT Kharagpur the academic policies are decided by the Senate which is selected by the election of the universities and all professors of IIT and student representatives. The Senate approves and controls the courses, examination, results and appoints a committee to look after the specific universities matters. To maintain the educational and university standard the Senate looks after the teaching and research programs of the Institute. The ex-officio Chairman of the Senate is the Director of an IIT.

The campus of IIT Kharagpur:

IIT-Kharagpur has the biggest IIT campus than any other IIT campus it consists of approximately 2100 acres of land with the highest department and the highest amount of students in it. The IIT-Kharagpur campus is just 5 km long from the railway station and is located 120 km from Kolkata. The present design of the building and the campus were done under the guidance of a Swiss architect. The IIT-Kharagpur contains about 605 professors, 1933 employees and around 10,000 students are accommodating on the campus.

The campus consists of at least 55 kilometers of roadways in the Institute. The Institute of IIT-Kharagpur has planned to go entirely for the green campus. There are around 22 hostels in the IIT-Kharagpur campus and the hostels are located on both sides of Scholar Avenue which is connected to the university gate to the B. C. Roy Technology Hospital.

The old campus consists of three halls which are named Patel, Azad and Nehru are situated just next to the Scholar Avenue.  There are 12 hostels for undergraduate students for accommodation in which 10 hostels are for male students such as MMM, LBS, RP, RK, MS, LLR, HJB, Patel, Azad and Nehru and the 2 hostels are for female students such as SN and MT. On the campus, there are hostels for postgraduate students both male and female and hostels for research scholars and from the armed forces. The campus consists of an Air Theatre named Tagore Open Air Theatre with a capacity of at least 6000 people sitting and it is also used for the cultural programs.

There are 19 academic departments, eight multi-disciplinary centers, 13 schools of excellence and 25 central research and development units in the IIT-Kharagpur campus. In 1951 the library of IIT-Kharagpur was first located in the small room of the university which had a collection of only 2,500 books, and now the new library is shifted to the main building of the University and is called the central library with a largest of its type. Now the collection of books and documents in the library is approximately 3,50,000.

In the IIT-Kharagpur campus there is a museum which is named Nehru Museum of Science and Technology which consists of hundreds of indoor exhibits technical models collected from across the world institutions. There are 14 open-air projects and outdoor exhibits which include a hunter plane and a steam engine.

The campus consists of many buildings which are useful for the people of the institutes. The campus has six guest houses for the accommodation for the guests, and new guest house construction is being in process with a capacity of 2000 people. The campus has four nationalized banks, four schools, a railway reservation counter and a police station on the campus. It also has its water pumping station, electrical station, telephone exchange, a market for shopping, six restaurants, and a garbage section. In other need, there is everything on the campus for the student’s daily needs so the students get every facility on the campus.

The 19 Academic Department of the IIT Kharagpur are given below:

The centers of multi-disciplinary are given below:

The candidate who qualifies the Indian Institute of Technology Joint Entrance Examination can apply for admission to undergraduate programs in all IITs. Applicants who want to apply for entry in the 4- year Bachelor of Technology, 5- year B Arch degree, 5- year Dual degree and 5- year Master of Science has to go through the IIT-JEE joint entrance exam.

A candidate who qualifies the GATE Graduate Aptitude Test in Engineering can apply for postgraduate programs in all IITs. The IITs also have other graduate degrees such as M. Sc in Maths, Physics, and Chemistry, MBA, Ph.D., etc. For all this program admission to IITs is done through (CAT) Common Admission Test, (JAM) Joint Admission Test for Masters and (CEED) Common Entrance Examination for Design.

The IIT Kharagpur offers postgraduate and undergraduate programs which are given below:

Life and Culture of Indian Institute of Technology Kharagpur:

There is hostels facility for the student who has to join IIT-Kharagpur through their stay as residential facilities and it also provides a huge campus. In their first year, of course, the students have to choose among National Cadet Corps (NCC), National Service Scheme (NSS) and National Sports Organizations.

The IITs campus have a good common sports ground for playing basketball, cricket, football, hockey, volleyball, lawn tennis, badminton and swimming pools for all aquatics program. The hostels in which the students are staying also have their own sports ground. Every year annually sports program is arranged by IITs in which participants from all IITs take part for General Championship Trophy in each different sports activity.

Here we are giving names of the Halls of IIT Kharagpur: 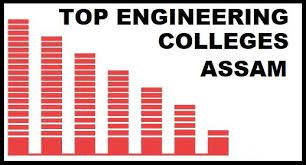